There's a swan outside my window, in the river. It isn't doing much. It's just swanning around.

If it wants something to eat, it bobs its head down and gets a fish.

If it wants something to do, it swims up and down the river.

It has a bunch of cygnets, and another sex (I presume) of swan. It looks after them.


Inside my window is me. I'm not doing much. I'm too tired after work.

If I want something to eat, I need to prepare it. I also need to buy it from what's left after I've paid for all the other stuff I didn't ask to pay for.

If I want something to do, I haven't got time to make my dinner. Half of what I had has gone to pay for someone swanning around or telling me what to do.

I have a bunch of kids. I pay for them. I don't mind that. Mine. I mind very much that I pay for those that aren't.


I heard on Radio 4 this morning that G4S are getting £160,000 per year. PER CHILD. To fail miserably in looking after them.


Either the swan or I have got the wrong idea.

You're driving down this road, doing 60 mph. 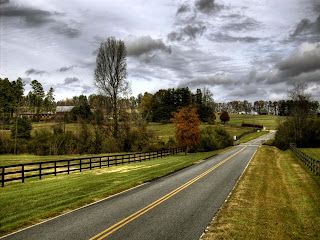 Suddenly, a child walks out from your left, from behind the bush.

A car is coming the other way.

What do you think you'd do?

Now, if you were programming a driverless car and you had these inputs, what would you program it to do? You can't choose at the time, you have to program it to KNOW what to do.

a) trying to stop would reduce your speed to 46.7 mph on impact with the kid. Newton's law says the kid will be lucky if it just dies
b) the other driver will try to stop as well and you will hit it at a closing speed of 93.4 mph with the kid between the two
c) those fence posts are concrete, the first law of robotics forbids you that course of action

Asking for a friend.

Just letting you know that this makes no sense. "Communicates with microchip" and "80% firmware development and 20%" means nothing.

PS for £35k you won't get anyone worth having.

Hope you are well, I wanted to drop you an email as one of my clients in Hatfield, Hertfordshire are seeking a firmware engineer to join their development team.

The company specialise in developing an electronic door that communicates with microchip to allow/deny access.

A firmware engineer with 80% firmware development and 20% would suit this role exceptionally.

If this is of interest please give me a call on the number below and send through your latest CV.

I look forward to hearing from you,

I have this at the moment:

There are loads more of them than that.

Each par of lines is a Table name followed by a list of column names and types, null-separated.

I want to make it more readable.