Doctors should be banned in the mainstream media as well as places where people might listen to them, smokers are urging.

The Smokers' Collective wants England's imminent review of anti-bullshit laws to consider such measures to protect the gullible.

It says that visiting a doctor results in illness and drug-taking, figures which it says are 'cast-iron' and 'backed-up by statistics'.

But doctors say 'we are trying to make people better'. 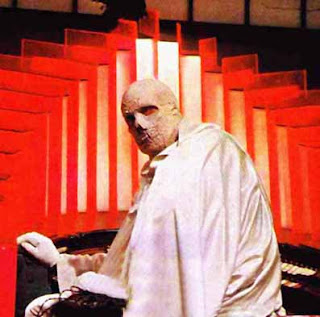 A doctor, recently.
Mathematicians have taken a survey of 300,000 people who went to a doctor's surgery in the last week, and compared their general health with a control sample, again of 300,000 people who had not visited the doctor recently. There was a staggering correlation between the poor health of those who had visited the doctor, over 90% of them suffering from real health disorders (with the remainder suffering from a psychological condition known as hypochondria), whereas in the 300,000 non-visiting people there was a remarkable tendency toward being healthy, with over 95% of them reporting no symptoms of any illness at all.

"This is conclusive proof that doctors are hazardous to ones health", said a spokesman, "therefore we insist on the ban gong ahead before May 6th, after which some sort of sensibility might ensue, thus rogering our chances of yet more wanton bansturbation."
Posted by Uncle Marvo at 09:07

Does the doc have interests in the nicotine patch industry?

Funny - when you have a tyrannical government, these bozos come out of the woodwork.