I'm not a homophobe. In fact, I'm not scared of anything.

I'm a white, male, heterosexual. I like it. But I can understand that some people don't think like I do. They way they think is pretty much alien to me. For instance, some third of voters indicate that they will vote for the most corrupt, incompetent government I have ever encountered, even though they promote equality in race, religion, sexual preference or anything else they can think of, whilst discriminating wildly and uncontrollably against someone who wants to work, drink, smoke and do anything remotely dangerous or fun.

If chaps want to go round enlarging the circle of their friends, it's fuckall to do with me.

If ladies prefer other ladies, and I'm not entirely sure what the lady equivalent of buggery is, and I care even less, then I only hope that the ladies in question are pig ugly because then they won't be wasted.

I understand, from what Ian Dale blogs, that it is 'not on' for one to naysay public snoggery involving a couple of hairy blokes. Or ladies, come to that. Unless it's just another way of having a pop at Mr Griffin, who may or may not be an obnoxious character (I don't know enough to judge him, but he's entitled to his opinions, as am I).

I'm not entirely sure than I particularly want to watch a hairy bloke and a pretty lady snogging in front of me either, when I'm eating my breakfast. Some things are just not meant to be public, but if one wants to see such japery, I believe that DVD films are available at your local shop, if you live near Walker's Court.

But where does this stop? Consenting adults of the same sex? People of differing race, or colour? Catholics and Muslims? Latex Protheses? Aliens? Farmyard Animals (as long as both parties clearly enjoy themselves)? 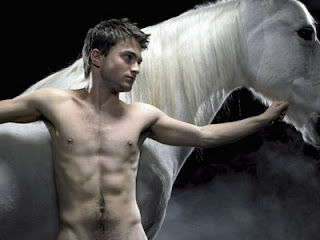 I see it as wanton change. Change anything. Doesn't matter what, why. Just change it. Whether it's right, wrong, broken, unbroken.

still building it any comments or ideas?

I like it, apart from the adverts about tpuc.

See my blog about "Free" http://tiomarvo.blogspot.com/2010/03/free.html for my feelings on that particular sellout.

As someone who plays on Dale's team I can't say I find public snoggery particularly attractive either - whatever the genders involved.

I don't want to see 'expressions of our love' demonstrated in public or the glorification of gender or someone's sexuality promoted either. We're all entitled to be who we are but I find it slightly disturbing to see those with agendas make an issue of these things.

You're right, it is wanton change for change sake. For sure some things needed putting right but I doubt any of us signed up to allowing the do-gooders to remake the entire country into their ideal of the perfect society.